Visiting Russia in 2012 was the realization of a long-held dream. I was living in London at the time, doing a MSc in politics at the London School of Economics, when I had the opportunity to visit Russia as a part of an official delegation. The trip was to Moscow and St. Petersburg, and involved meetings with political officials as well as plenty of time for sightseeing. I was bursting with excitement to go, but I ultimately had a very mixed experience as a traveler in Russia (as a student, it was a truly a fantastic opportunity–but this is a travel blog!). 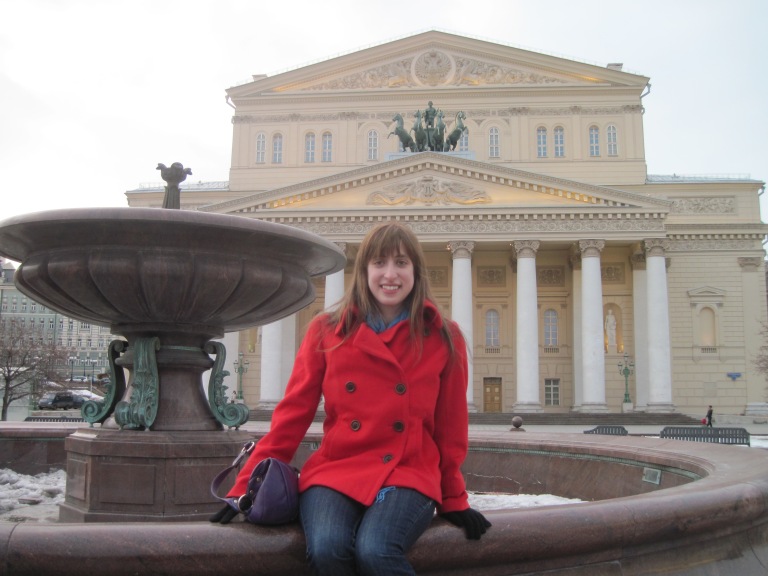 History: Moscow and St. Petersburg are home to incredible historical sights and peerless architecture. In St. Petersburg, the former city of the czars, the Hermitage stands proudly in the city center. Once the summer palace of the Romanovs and their predecessors, it is now full of art, much of which was collected by the Soviet government. The modern art is especially exquisite, and some of Matisse’s best works can be found here. Peterhof palace, found outside the city, is another remnant of the ostentatious czars, especially Catherine the Great, who decorated an entire room in Peterhof with gold. Uniquely domed Russian Orthodox churches can be found in both Moscow and St. Petersburg, like St. Basil’s Cathedral and the Church of Spilled Blood. It’s also mandatory to head to Moscow to see the Kremlin, a former fortress turned capital building, as well as Red Square and an embalmed Lenin’s tomb.  Literary giants are also centerpieces of the two city. Museums dedicated to Bulgakov in Moscow and Dostoevsky in St. Petersburg are must-sees for devotees.

Food and Drink: To be specific, Georgian food! Georgian food is little-known outside of Russia, but its varied flavors and focus on cheese makes it worth seeking out. Make sure to try the cheesebread! Spirits are also fantastic in Russia. For wine drinkers, Georgian wine is a little-known wine classic, but if you’re a vodka fan, you’re also in the right place. Try it with food or at the vodka museum in Moscow. Just be sure to follow each shot with a small snack, like the Russians do.

The Difficulty of Travel: God knows I love a challenge. Navigating Beijing? You got it. Finding my way around Andean Peru with zero English? No problem. However, I found Moscow to be the most difficult place I’ve ever traveled. I certainly don’t expect people to speak English, but I would have expected that the capital city of one of the world’s most important countries would have had some resources for tourists with transliterations of Cyrillic. But unless you can read Cyrillic, getting around by yourself is almost impossible. Street signs, maps, and metro stops (even on tourist materials) are only in Cyrillic. I don’t expect to be catered to when I travel, but I found I couldn’t walk around without a Russian speaker, let alone take the subway or a taxi. This utter helplessness took some of the joy out of exploring. 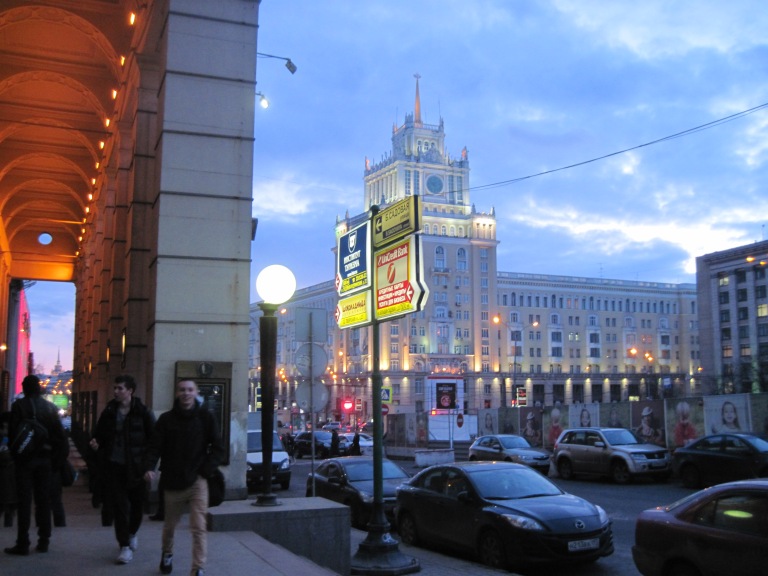 Mayonnaise: I do not understand the love affair with mayo. Think layers upon layers of it even on just a simple sandwich.

Western Encroachment: I know this is a universal phenomenon but there is something incongruous about eating at Sbarros Pizza at Red Square, or ordering  Chicken Snackbox at KFC.

The only word people understood was “shit.” A man tried to sneak into my compartment on the train from Moscow to St. Petersburg. Self-loathing Americans who tried to give up their American citizenship to move to Russia. Scrunchies are still cool.

Visiting Russia was quite the experience. While I can’t say I loved it, it was certainly a unique place and unlikely to be replicable elsewhere.

One thought on “Russia: The Good, the Bad and the Insane”

But you gotta have (he)art and music